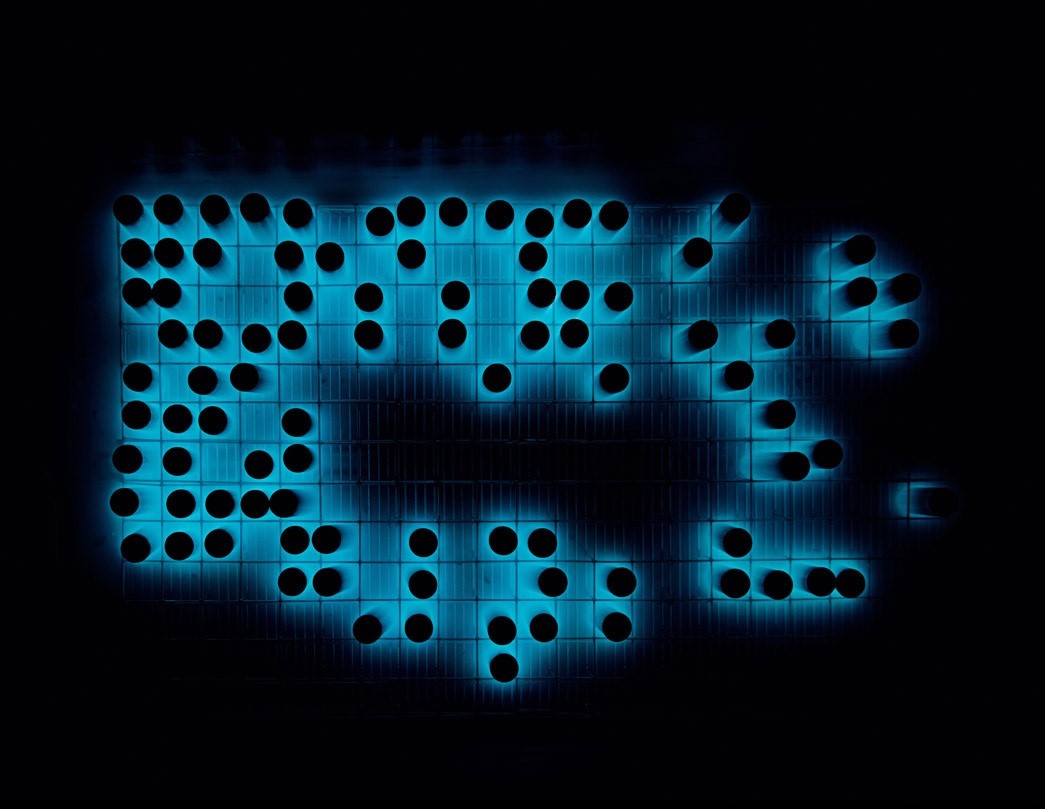 Submerged in a pool of water at Hanford Site are 1,936 stainless steel nuclear waste capsules containing cesium and strontium. Combined, they contain over 120 million curies of radioactivity. It is estimated to be the most curies under one roof in the United States. The blue glow is created by the Cherenkov Effect or Cherenkov radiation. The Cherenkov Effect describes the electromagnetic radiation emitted when a charged particle, giving off energy, moves faster than light through a transparent medium. The temperatures of the capsules are as high as 330 degrees Fahrenheit. The pool of water serves as a shield against radiation; a human standing one foot from an unshielded capsule would receive a lethal dose of radiation in less than 10 seconds.

Hanford is a 586 square mile former plutonium production complex. It was built for the Manhattan Project, the U.S.-led World War II defense effort that developed the first nuclear weapons. Hanford plutonium was used in the atomic bomb dropped on Nagasaki in 1945. For decades afterwards Hanford manufactured nuclear materials for use in bombs. At Hanford there are more than 53 million gallons of radioactive and chemically hazardous liquid waste, 2,300 tons of spent nuclear fuel, nearly 18 metric tons of plutonium-bearing materials and about 80 square miles of contaminated groundwater. It is among the most contaminated sites in the United States.